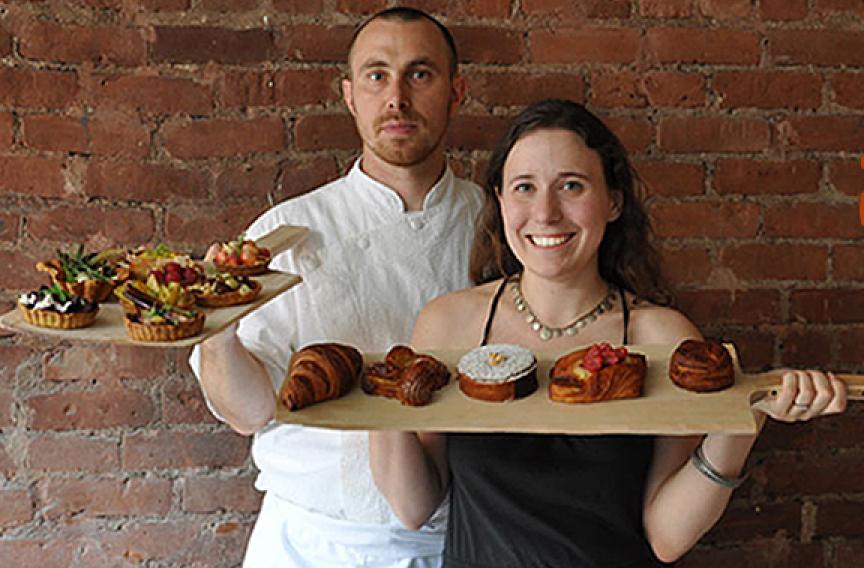 ”
"They have turned our bakery into a place where people love to work and grow as artisans, as well as feed a substantial quantity of New Yorkers every day with well-prepared baked goods consisting of excellent ingredients and thorough baking techniques."

Read how this artisan baker was able to keep his painstaking age-old mixing and fermentation techniques and accommodate his growing business by adding highly efficient Empire Deck Ovens.

It all started for Zachary Golper in rural Oregon while working on an organic farm. Under the tutelage of a baker who used age-old methods of slow fermentation, natural leavening and wood-fired baking, it would be an important start for Zachary.

In the coming years, Zachary was being trained by the likes of Jean-Claude Cannestrier, William Leaman and Tim Healea. After stops in Seattle, Las Vegas and Philadelphia, Zachary landed in New York with the intention of opening a bakery that would incorporate the ancient methods of bread making he learned early on along with refined techniques learned by competitive-level bakers and pastry chefs.

Additionally, my time abroad working with both culinary and agricultural settings helped to shape the concept of food making that has become distinctly Bien Cuit," he said. 'The rest was a matter of taste and instinct for the craft."

Early on was tough for Zachary. He would barely finish a day's work before the next day's production needed to begin. Despite the food turning out well and positive reception from the neighborhood, there were all sorts of problems from staffing to unreliable ovens.

"It was difficult to judge if other bakeries using steam tube ovens or other types of ovens were getting a good bake from their oven, as there really wasn't anyone at the time doing bread the way we do," he said.

Zachary reached out to technicians who build and repair those ovens for advice, discussing ups and downs of each type and make on the market in their price range. It was Empire that came up often by providing an oven with substantial baking capacity, consistency in heat distribution and heat retention, recovery time and easy functionality of the control panel- all at a competitive price.

"Since we made the switch over to steam tube technology, we've seen a greater level of consistency of color and bake times in the day-to-day baking of our breads," said Zachary.

To get what he wanted from the oven took a few days of experimentation, but he found a way to bake several different styles of dough to the desired effect with just a few variations in temperature, steam times and venting.

"The efficiency in heating and the heat retention have shown a positive change in our energy costs as well," noted Zachary.

"All and all my team and myself are happy with our Empire Deck Ovens, and would recommend them to all artisan bakers," said Zachary. "They have turned our bakery into a place where people love to work and grow as artisans, as well as feed a substantial quantity of New Yorkers every day with well-prepared baked goods consisting of excellent ingredients and thorough baking techniques."

Find out what new & exciting products Bien Cuit is baking up this week! Visit them online at www.biencuit.com